A new role has been added “Receive Closed Lead as Won Notification'. This is a Yard based role. Any users added to the role, will receive a notification of any leads that are set to ‘Close Won’ for the specified yards.
​The notification will include relevant lead details including customer and vehicle details and any notes. 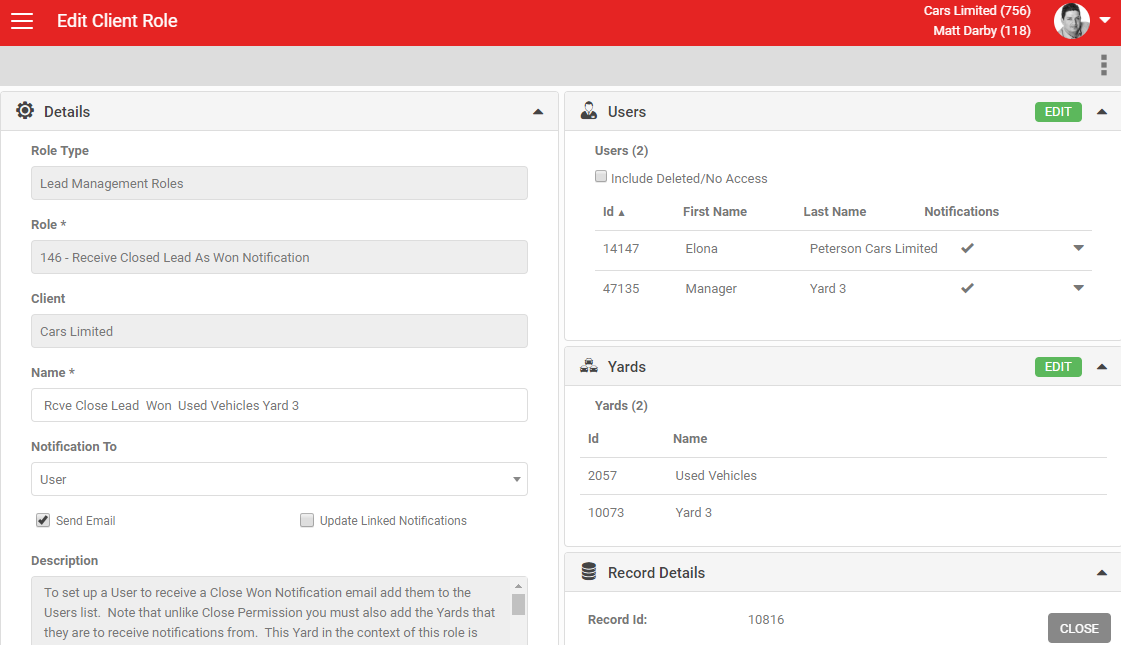